Neurodiversity – How HR can improve inclusivity for all 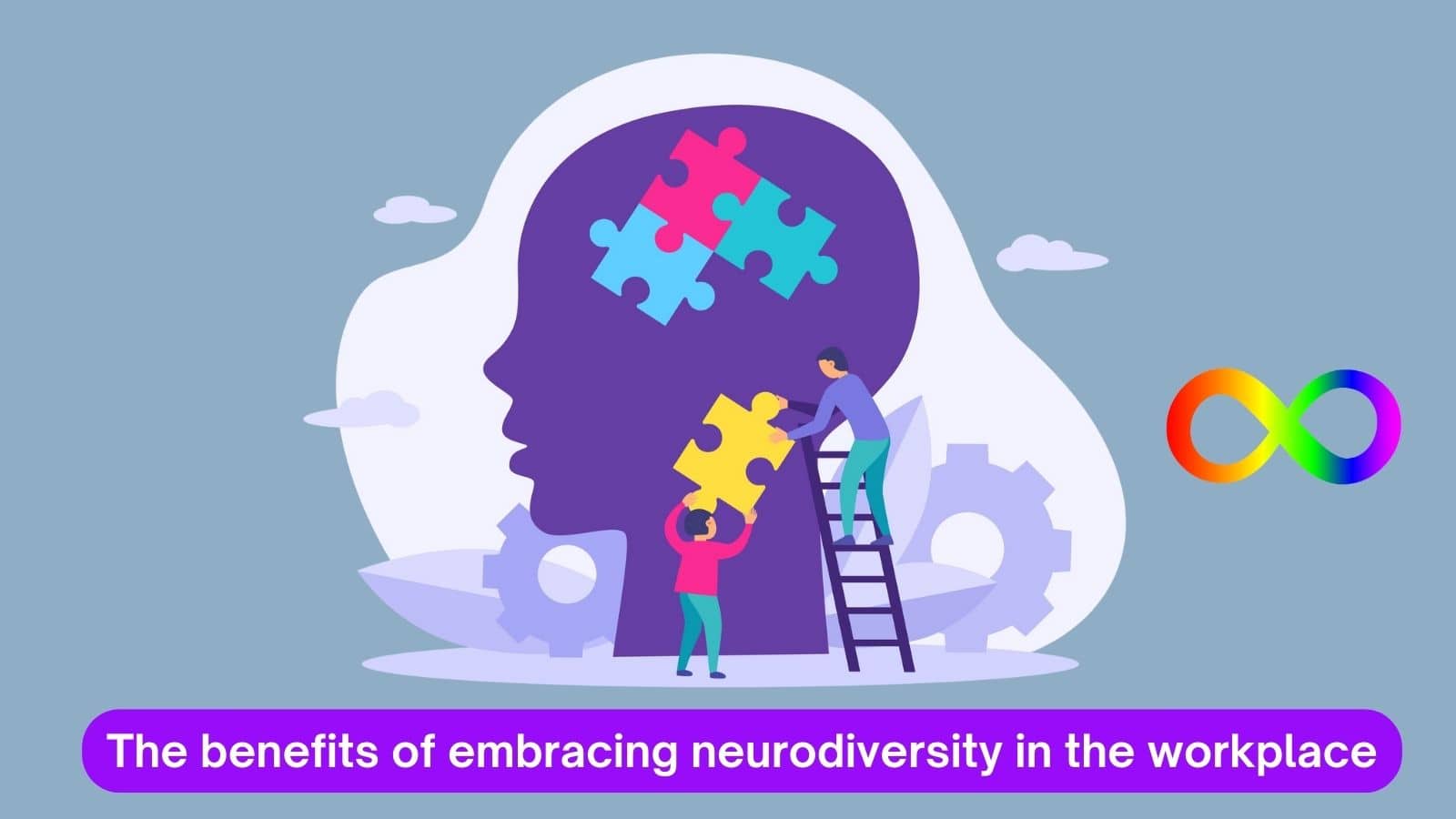 With DE&I (Diversity, Equity, and Inclusion) being a strategic priority for HR, the inclusion of neurodivergent employees is often overlooked. Despite being highly skilled, educated, and motivated, they are noticeably underrepresented in the workplace.

With the war on talent and the currently recognised 'Great Resignation' (with the hiring landscape being candidate-led), by accommodating the needs of neurodivergent individuals, HR can have access to a large, untapped pool of talent.

Neurodiversity refers to the natural differences between people and portrays the idea that people experience and interact with the world around them in many different ways - there is no one "right" way of thinking, learning, and behaving, and differences are not viewed as shortcomings. The neurodiversity movement emerged during the 1990s, aiming to increase the acceptance and inclusion of all people while embracing neurological differences. Through online platforms, more and more autistic people were able to connect and form a self-advocacy movement.

Neurodiversity was coined as a term in the late 1990s by Australian sociologist Judy Singer. Singer's work on autism and neurodiversity became widely known as a result of her chapter "Why Can't You be Normal for Once in Your Life?" based on a thesis published in the UK in 1999. In 1998 American journalist Harvey Blume further popularised the word in an issue of The Atlantic, stating, "neurodiversity may be every bit as crucial for the human race as biodiversity is for life in general. Who can say what form of wiring will be best at any given moment?'

Neurodivergence refers to a community of people with cognitive differences and is used in the context of neurological or developmental and learning conditions. These conditions include Autism Spectrum Disorder (ASD), dyslexia, dyspraxia, Attention Deficit Hyperactivity Disorder (ADHD), Down syndrome, Tourette's and others that impact how someone experiences the world around them. However, there are many crossovers between these conditions, and people frequently have more than one neurodivergent condition. There are many ways to learn, think and behave, and no one way is the "right" way. Neurodiversity highlights the value in this difference.

Between 30% and 40% of the population are considered neurodiverse. It has also been estimated that around one in seven people in the UK (more than 15 per cent) are neurodivergent.

The Impact of Mental Health

The mental health of employees is a significant focus for HR and has become increasingly important since the pandemic and the rise of remote and hybrid working. Mental health is, however, not the same as neurodiversity, and these terms are often mixed up, with the difference between them being misunderstood. While it is common for neurodevelopmental conditions to occur with co-occurring mental health conditions (e.g. ADHD + bipolar) due to poor awareness, it is also common for neurodevelopmental conditions to be misdiagnosed as mental illness.

Neurodiversity is not always obvious and can easily go undetected and undiagnosed. These conditions all exist on a scale; severity differs from person to person and are not typically visible. Therefore, an employee base may often include more neurodivergent people than HR will be aware of. Thus neurodiversity-at-work programs can potentially deliver greater inclusion and provide some employees with the opportunity to discover more about themselves and develop new strategies for being more productive and comfortable at work.

The benefits of embracing neurodiversity in the workplace

Because neurodiverse people are wired differently from "neurotypical" people, they may bring new perspectives to a company's efforts to create or recognise value. More recently, organisations have started tapping into such talent, recognising it as a competitive advantage and launching specific programs aimed at hiring and retaining neurologically different talent.

According to an article in the Harvard Business Review, "Many people with neurological conditions such as autism spectrum disorder and dyslexia have extraordinary skills, including in pattern recognition, memory, and mathematics. Yet they often struggle to fit the profiles sought by employers.

A growing number of companies, including SAP, Hewlett-Packard Enterprise, and Microsoft, have reformed their HR processes in order to access neurodiverse talent—and are seeing productivity gains, quality improvement, boosts in innovative capabilities, and increased employee engagement as a result".

The cognitive differences among neurodiverse people can benefit a business significantly. This includes their superior attention to detail, focus, observation skills, ability to retain facts, in-depth knowledge in their areas of interest, respect for rules, and integrity.

As a result, many excel in data analytics and software management that supports emerging technologies, such as artificial intelligence, automation, blockchain and cyber.

Fostering neurodiversity in the workplace

Every individual is unique; therefore, when HR considers adapting systems and approaches to support and recognise the value of neurodivergent thinking, a one-size-fits-all approach is not appropriate. A lack of awareness and appropriate infrastructure can also cause the unnecessary and unintentional exclusion of people with neurodiversity in the workplace.

Instead, there are many ways in which HR can ensure that neurodiversity is recognised and considered when putting together strategies and plans for their employees. These include:

By understanding and embracing neurodiversity, recognising and emphasising each person's strengths and talents while providing support for their differences and needs in the workplace, HR can improve inclusivity for all and expand their workforce in support of their DE&I programs.

There are numerous technological tools that HR can deploy to help companies encourage and manage their employment of neurodiversity strategies. With our broad range of HR technology solutions, including Recruitment technology, Applicant Tracking Systems (ATS), Learning Management Systems (LMS), Psychometric testing etc. and support services, Tugela People are well placed to support you in your journey.

Our next article on this topic will look at how processes and systems can be deployed to support HR's DE&I strategy.

Please fill in the form and we’ll get back to you as soon as we can.

Sign up to receive our quarterly newsletter, which contains the latest blogs, guides, and case studies that we have produced. Avoid missing out on any pertinent updates or insights and have all of the information presented to you in one central source for you to browse through at your leisure and select the articles to read that meet your requirements.

A selection of our clients

Some cookies are essential, whilst others help us improve your experience by providing insights into how the site is being used. The technology to maintain this privacy management relies on cookie identifiers. Removing or resetting your browser cookies will reset these preferences.